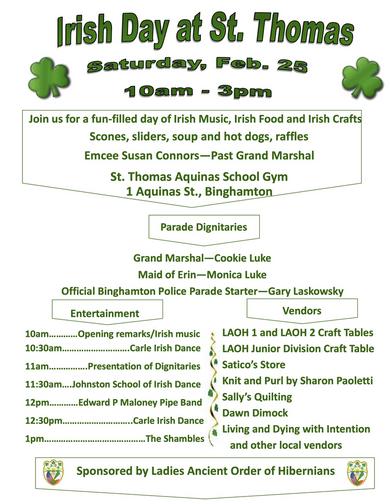 Associate memberships are also available to those who do not meet the aforementioned qualification.

It is a standing rule that Applications for Membership that languish without action for longer than 6 months are discarded.

Notifications for induction dates and times, through the Shamrock Degree, are sent to all applicants.
Those who have applied prior to this 6 month period, and are serious about joining the A.O.H., need to reapply for admission and make arrangements to attend a Shamrock Degree ceremony within the next six month.

Those interested in membership must stop into the Hall to submit an application as they must have an active member sponsor them and sign the form.

Please check the Bartender Schedule page here for days and times the hall is open. 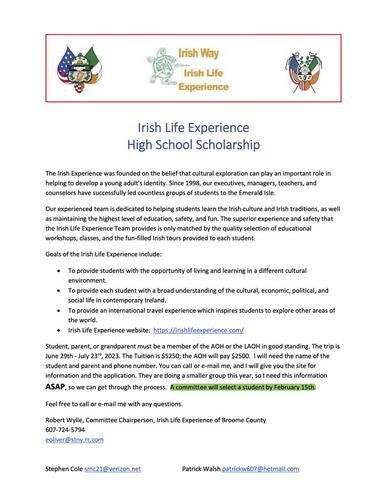 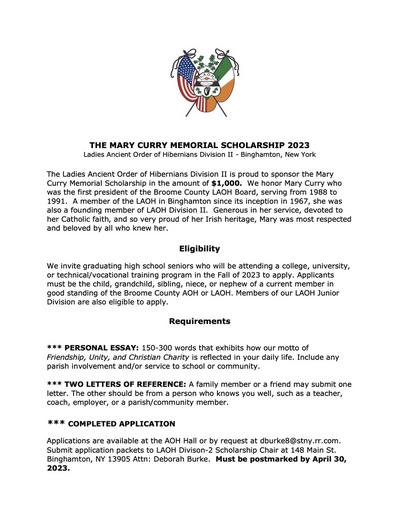 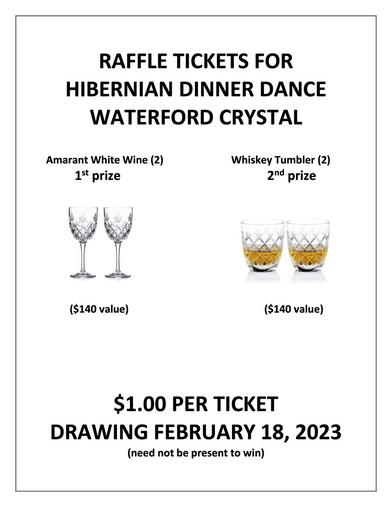 The board of directors elected officers at the January 16th meeting for 2023. President: Tom Kelly Treasure: (TBD) and Secretary: Hollie Walsh

​ FIVE THINGS YOU MAY NOT HAVE KNOWN OR FORGOT ABOUT ST. PATRICK AND THE CELEBRATION OF HIS DAY

March will soon be here and with it come the many celebrations of our patron saint. Here are some interesting facts about the man and his special day.

1. St. Patrick was not born in Ireland. He was born in Britain and at age 16, he was kidnapped by Irish pirates and sold into slavery. After about 7 years he escaped and returned to his home in Britain. He later decided to return to Ireland as a missionary.
2. The story about him driving the snakes out of Ireland is probably untrue. Ireland is an island, surrounded by cold water. Therefore, it most likely never had much of a snake population. However, he may have driven a few human “snakes” off the island with his preaching of Christianity.

3. New York is the first U.S. city credited with holding a parade. On March 17th, 1762, homesick Irish soldiers serving in the British military paraded. Binghamton’s first parade was in 1969. Local dignitaries such as Maureen Bradley and City councilman Jack Cahill were in attendance.
4.St. Patrick’s Day started as a small religious holiday in Ireland and for 6 decades the bars stayed closed on that day. Yes, that is a real fact. The law was lifted in 1961.

5. The day is now celebrated in many cities in the U.S. and elsewhere throughout the world. It has also been celebrated outside of this world. In 2013 Canadian astronaut Chris Hatfield photographed Ireland from the International Space Station and gave an “out of the world” rendition of Danny Boy.
What we should not forget. The Irish were not always celebrated by their fellow Americans. Starting in 1845 the largest single popu- lation movement of the 19th century brought nearly a quarter of the Irish nation to the U.S. Once the refugees arrived, they were often looked down upon as disease-ridden, unskilled, and a drain on welfare budgets. St. Patrick’s Day is now a day to showcase our Irish heritage and the accomplishments of Irish Americans. We should always celebrate with dignity and pride. Sources: The Global News, A.U.H.S., History.com. 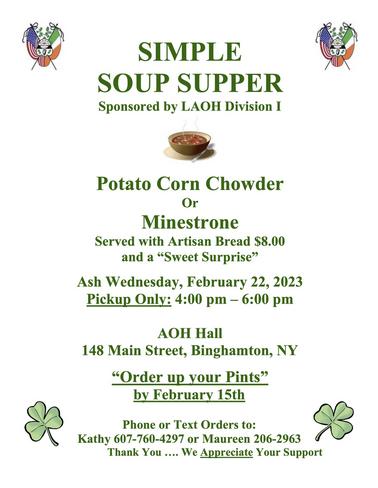 The AOH 2023 membership cards generally arrive in the next month or so. Please ensure you pay your dues early to allow us to take advantage of the State refund being offered of $ .50 per member to pay the per capita by the end of January. The dues are $40.00. Drop your payment off at the hall or mail to: AOH – 148 Main St. – Binghamton, NY 13905. Attn: Mark Kadlecik. Please let any AOH officer know if you have any problems paying your dues. 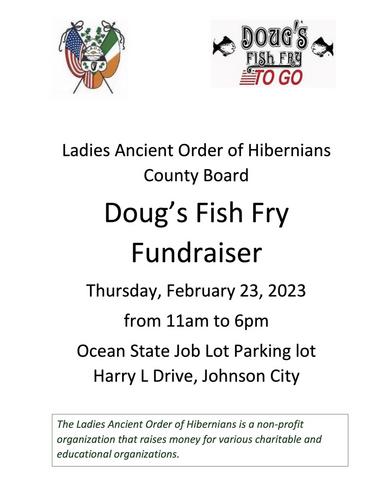 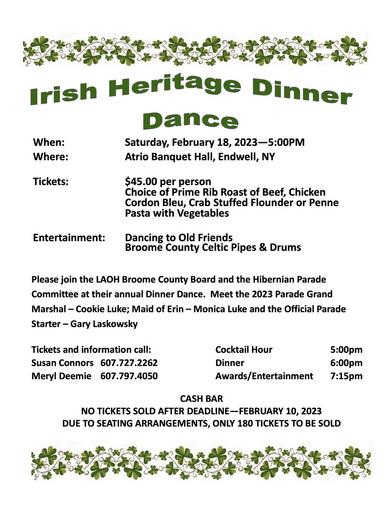 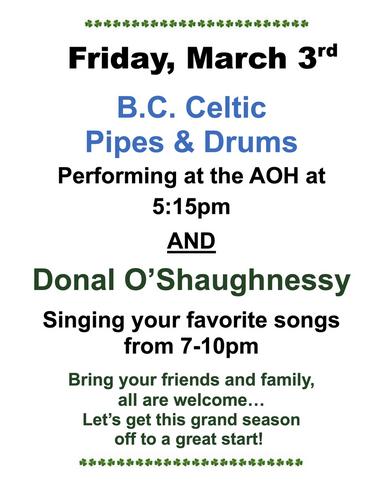 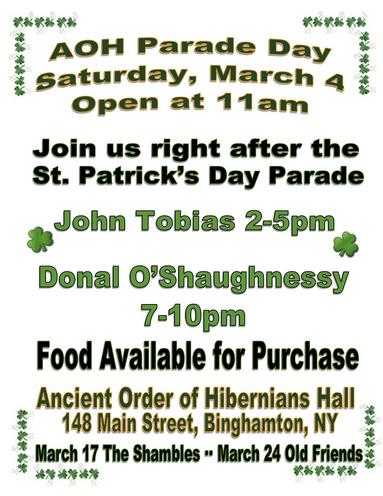 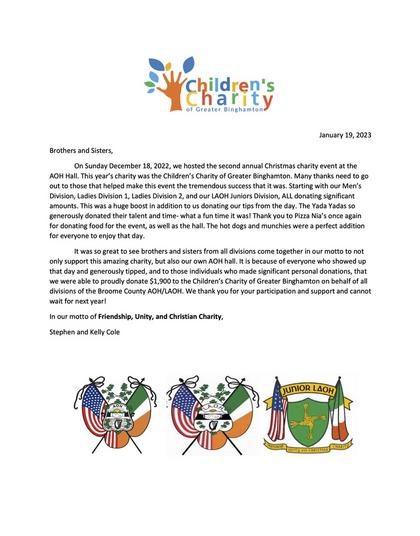 Meetings Held Every Second Tuesday of the Month

are now located on the LAOH page of this website.